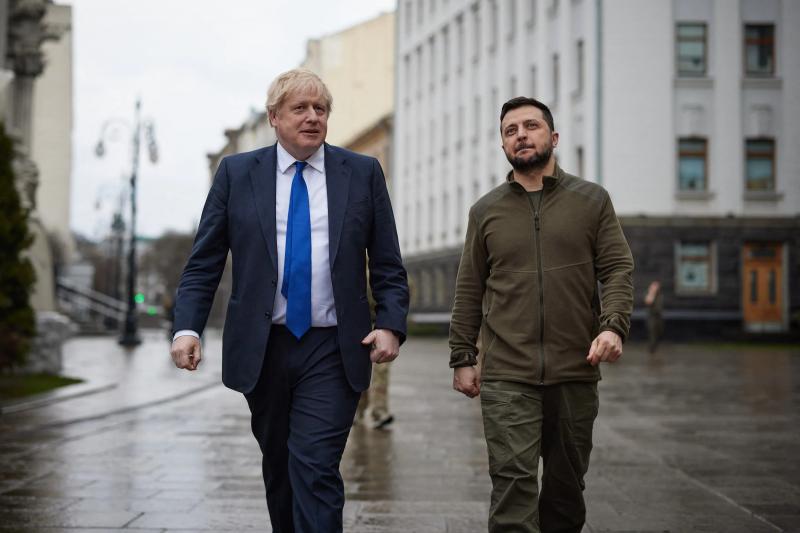 LONDON | Ukrainian President Volodymyr Zelensky has expressed his hope that resigning British Prime Minister Boris Johnson, a “great friend of Ukraine”, will not disappear from public life when he leaves Downing Street.

In an interview to be broadcast in full on Wednesday evening on British television channel TalkTV, the Ukrainian head of state praised the action of Boris Johnson, who has been on the front line in the support of Westerners in Kyiv in the face of the Russian invasion and is sometimes considered a hero in Ukraine.

Asked about the hypothesis of a return to term of Boris Johnson at the head of the government, he refrained from any interference in British domestic politics.

“What I can say is that is that he is a great friend of Ukraine”, declared Volodymyr Zelensky, “I want him to be somewhere in politics in a position to be someone”.

“I don't want him to disappear, but the decision is in the hands of the British people,” continued the Ukrainian president, who said he was “sure that whatever post he takes, he will always be with Ukraine”, “it comes from the heart”.

According to the conservative daily Daily Telegraph, some members of his camp would see Boris Johnson, who had to resolve to announce his resignation in early July after a succession of scandals that led to an avalanche of resignations within his government, become the next Secretary General of NATO.

Whoever the next British Prime Minister is elected by Conservative Party members – the result is expected on September 5 – “we will be happy to cooperate” with, said Mr Zelensky, stressing that he has already been in contact with Foreign Minister Liz Truss, the favored favorite over ex-Finance Minister Rishi Sunak.

But “whichever leader” is chosen will enjoy the “highest” level of support from Ukraine, Volodymyr Zelensky said again.

Boris Johnson has already visited Ukraine twice. During a virtual ceremony on Tuesday in Downing Street, he presented the Ukrainian president with the Winston Churchill Leadership Award, believing that the former British prime minister “would have applauded, and probably also shed a tear”, in the face of his “ physical and moral courage”.

Asked about the hypothesis of a trip to Ukraine by the American president, Volodymyr Zelensky estimated that “the visit of President (Joe) Biden would be the strongest signal that can be given in support of Ukraine”.