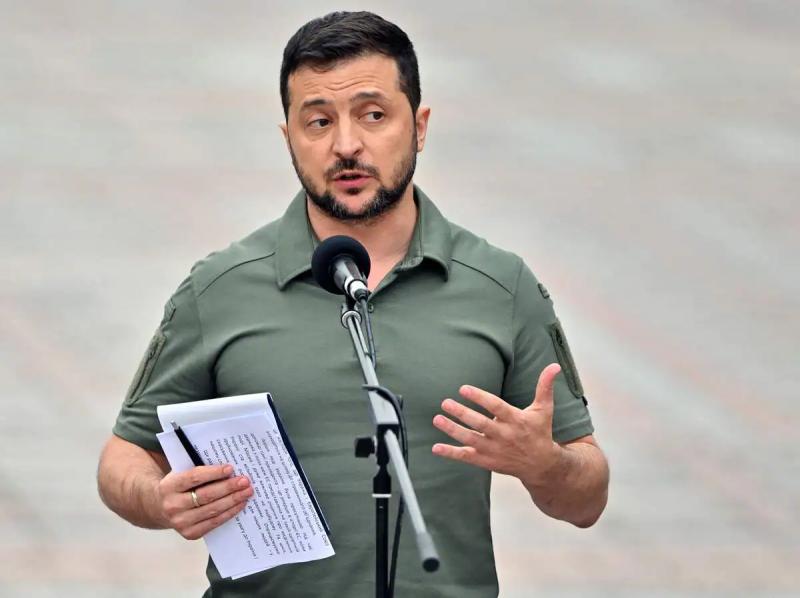 From Tuesday, some 150 heads of state and government are due to parade in the gallery of the General Assembly in New York.

While due to Covid-19, for the past two years the speeches had taken place wholly or partly virtually, the usual rules apply again this year. Only those present can speak.

But more than 50 states, including Ukraine, the United States, France, Turkey, the United Kingdom, or even South Korea and Colombia, submitted a proposal to make an exception for President Volodymyr Zelensky.

The text notes “with concern” the situation of some “peace-loving” leaders who cannot attend UN meetings in person “for reasons beyond their control due to foreign invasion, aggression or hostilities. current military conditions that prevent them from leaving their country and returning to it in safety”, “or the need to ensure their national defense and fulfill security functions”.

By 101 votes for, 7 against (Russia, Belarus, Syria, Cuba, North Korea, Eritrea and Nicaragua) and 19 abstentions, the 193 Member States of the General Assembly have therefore decided, “without this creating a precedent” for subsequent meetings, that Ukraine could “present a pre-recorded statement from its Head of State, which will be played in the General Assembly Hall” next week.

“We deeply regret that Russia's war does not allow our president to participate in person,” Ukrainian Ambassador Serguii Kyslytsya said from the podium, insisting on “very special circumstances”.

An argument rejected by Deputy Russian Ambassador Dmitry Polyansky, denouncing the “politicization of a procedural decision”.

“If the General Assembly is ready to consider the possibility of pre-recorded statements during the debate general, this right must be granted to all those who need it,” he pleaded.

Belarus, supported by Nicaragua and Venezuela, had moreover presented an amendment to this effect, rejected by 67 votes against, 23 for, and 27 abstentions.

According to the latest list available, the Ukraine's intervention is scheduled for Wednesday afternoon, September 21, but changes to this list are expected due to the travel of a large number of leaders to Queen Elizabeth II's funeral in London on Monday.

A few days before the General Assembly, some countries in the South are annoyed that Westerners are focusing all their attention on Ukraine.

“The nature of the debate today leads to a further polarization of the international community at a time when we should be working together”, regretted the representative of South Africa, who abstained.

President Zelensky has already spoken several times by video message during a meeting of the UN Security Council. The last time at the end of August, the Russian ambassador had opposed this virtual intervention, in vain.