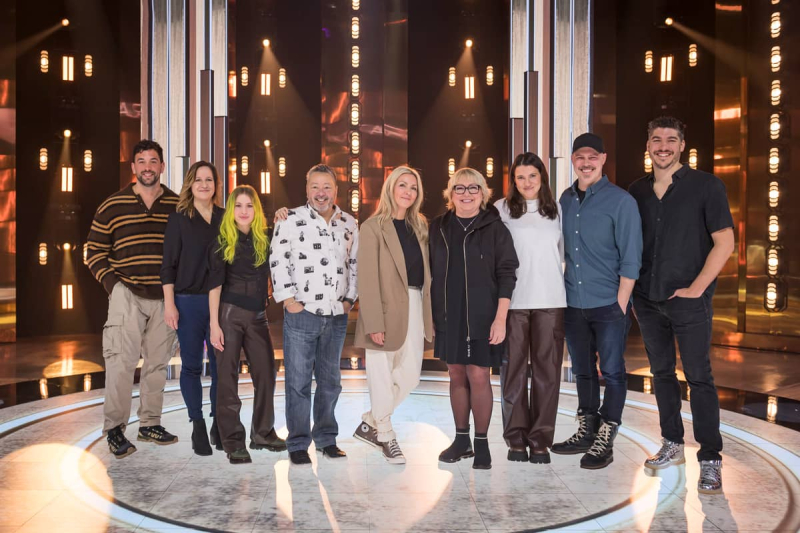 In music, it is not easy to please all generations, but it is far from impossible. And this is precisely the exercise to which “Zénith” will lend itself.

Unlike the tele-hooks of the moment, which are used to unearth new talents, “Zénith” rather wants to give a showcase for established singers and allow them to offer performances that will not be trivial.

In a large-scale variety show, with the public, house musicians, dancers, pyrotechnics, 24 artists from generations Z, Y, X and Boomers, will have to use strategy to offer the performance that will appeal to young and old alike. less young. At the end of the qualifying rounds, which will unfold over the weeks, one artist per generation will advance to the grand final.

Unlike “La fureur”, “Zénith” is not focused on the competitive aspect, warned Élyse Marquis, the captain of the X, Monday morning during an interview with the QMI Agency on the bright set of “Zénith ”.

“Competition was the goal of “La fureur”, with “Zénith” there there is one between the artists, but we are like a big team that is there to give a great “show”, “she added.

The concept developed by KOTV – whose production agreement has just been signed with the French group Mediawan Prod for French-speaking European markets – seeks the best formula: choice of song, staging, musical arrangements, costumes and all the tralala to charm all generations. With this in mind, the public can expect improbable musical mixtures and heterogeneous universes, such as a cover of “Bad Guy” by Billie Eilish by Johanne Blouin.

“The idea is to go with things that people are not used to hearing us sing, while remaining in harmony with who we are,” said the singer.

The generation that gives the lowest score will give the artist an encore, an on-the-fly karaoke performance, without preparation or choreography. “It’s a chance to make points, but be careful! we can do better, as we can do worse,” explained Véronique Cloutier, who confessed to love seeing the vulnerability and complete abandonment of the artists during this segment.

“The times when experienced singers have the chance to come and do their job on prime time television, there are fewer and fewer,” recalled producer Louis Morissette, who wanted with this new show to giving back the opportunity to shine.

“That's also the pleasure; back to basics, the love of music and just doing your job,” he continued.

For the captain of the “Z”, Claudia Bouvette, “the fact of being live, of seeing people whom we love, whom we have followed for years putting themselves in danger and doing it for the pure pleasure of to be there together and singing and exploring,” it’s amazing,” she told reporters Monday morning.

For the season premiere, Lunou Zucchini, Jason Roy Léveillée, Jean-François Breau and Johanne Blouin will be the first artists to perform in front of the 100 people in the audience – the same ones every week – who will be distributed in the stands according to their generation.

The show “Zenith” will be presented e on ICI Télé this Thursday, live, around 8 p.m. Due to music rights, the show will air without the possibility of catch-up. It will therefore be necessary to save it to catch up with it.