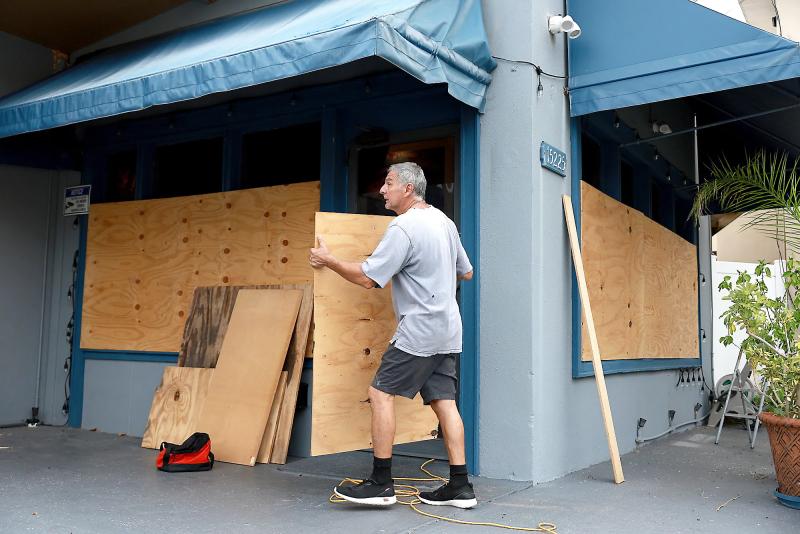 Residents of Florida were bracing for the worst Tuesday to deal with Hurricane Ian after it- ci devastated part of the island of Cuba.

“We took refuge in our second house [located in Palmetto, Florida], which is concrete, with garage doors that are hurricane proof. We boarded up all the windows, so we feel a little safer, but it's stressful,” says Jean-Benoît Girard, a Quebecer who normally lives in Sarasota, in the same state.

For nearly a week, Florida residents have been preparing for the full force of Hurricane Ian, now a Category 3.

While the latter ravaged Cuba, with no casualties, it could be “potentially deadly” as it passed through the southeastern U.S. state, according to the country's National Hurricane Center. Winds of up to nearly 200 km/h were expected last night.

A state of emergency was declared by Florida Governor Ron DeSantis.< /p>

“The trajectory changes a lot, but you have to be ready, because when you're in it [in the hurricane], it's too late,” adds Mr. Girard, who is weathering the storm with a couple of friends from Quebec who also live in Florida.

Cuba was devastated by Hurricane Ian, which hit the island on Tuesday.

To avoid being without water, food or even electricity, Floridians rushed to shops and gas stations to make full of supplies.

For Annie Lavigne and her family, who are in the city of Saint Petersburg, on the west coast of Florida, Tuesday was a very busy day.

“We were hesitant to stay or evacuate, but since we had hurricane-proof windows installed, we decided to weather the storm at home. We followed the recommendations: we have water, prepared meals. We picked up all the things that could fly outside,” says the one who has lived in Florida for eight years.

Quebec residents put sandbags in front of their door to prevent water from entering home in the event of a flood.

For Mrs Lavigne's mother, Ginette Lavigne, there is nervousness.

“ It's the first time we've live it. We're not used to hurricanes in Brossard “, she confides on the phone.

While he had to return home to Florida, Bernard Daudrumez, who was vacationing in Quebec , fears that his house, located in Sarasota, will be found in poor condition.

“I have friends who take care of checking my house for damage, but if ever there is there is something major, I would have no choice but to take the road home. Being away from home during this kind of event is very worrying,” he says nervously.