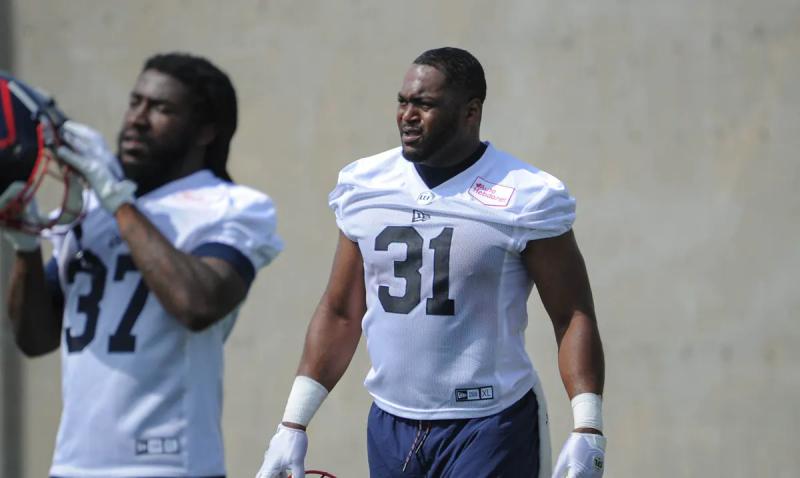 It was with a light heart that Alouettes star running back William Stanback took an important step in his fitness on Tuesday.

For the very first times since being injured in the regular season opener on June 9, the 28-year-old American had donned his helmet and shoulder pads to practice with his teammates. The one who had to be operated on on an ankle seemed delivered to the idea of ​​returning to competition soon.

“I am excited and I feel many emotions. I'm happy to be back with my teammates. I was bored,” he said after practice.

Stanback was very honest and did not hide that the last few months have been very difficult on his mental health.

“Being confined to the house, it was very difficult mentally. It was hard to get through each day. Because right now my life is nothing but football and my family,” said the man whose wife and children are living in the United States.

“I couldn't train, travel with my teammates and face opponents every week. I found it hard. The guys, however, allowed me to stay positive, telling me that I was going to be back eventually.

Against the Red and Black

However, Alouettes fans shouldn't expect Stanback to be back this Saturday against the Elks in Edmonton. He should instead make his return on Monday, October 10, when the Ottawa Redblacks will be at Percival-Molson Stadium. Four days after this game, the “Als” will be in the federal capital for another game against their Eastern Division rivals.

“We will establish a plan on its use for the game against Ottawa, but the goal is for him to be available for both duels,” said head coach Danny Maciocia, which suggests a limited role for Stanback in these meetings.

The driver will therefore recommend patience with the star running back, so he can be a factor in important games.

“He is an impact player who will help us a lot. We are at the end of the season. We know what kind of temperature we are going to play in and having a good ground game will allow us to do several things in attack, ”said the coach whose club has an excellent chance of being in the playoffs.

Even if he says he's ready to play, Stanback doesn't seem against the idea of ​​taking his time before diving headfirst into the action. The 2021 CFL leader in rushes and land yards has obviously been scarred by injury and inactivity.

“I may have to change a few habits I had in the way I run with the ball, he said. I want to make sure I take precautions, but not be too much in my head. My way of playing will be a little different, because I have to be smarter in my approach.”

“I have to rebuild my confidence, in order to be able to do what I was doing before concluded Stanback optimistically.