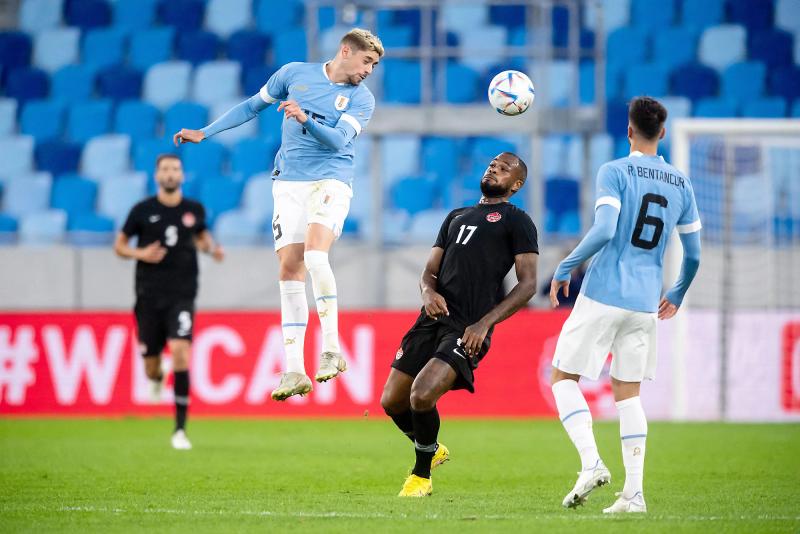 There were mixed feelings in the Canadian locker room after that 2-0 loss to Uruguay.

“Overall, our performance leaves us with a bitter taste in our mouths since we dominated, but it's a good lesson for us,” said defender Kamal Miller.

But midfielder Stephen Eustaquio chose to hold on to the positive.

“We were able to control about 70-75 minutes of the game against a very good team and we had chances. I believe that on a normal day or in a World Cup qualifier, we would have been able to finish those chances. ”

These comments, it will have been necessary to be patient to obtain them. After an hour of waiting for a press conference with coach John Herdman, it was indicated that it would not work and the session was interrupted without further explanation. We had to beg for audio clips by email, which is very unfortunate on Canada Soccer's part. >

If Miller seemed disappointed, he still agreed that the Canadians had not been unworthy, despite a quality gap between the two groups.

“We have proven that a team like the Uruguay can't pass us by, we can keep pace with world-class players and that shows our character.

The CF Montreal defender feels this is the kind of test which will become more and more frequent for his compatriots and him.

“You have to know that as you go forward it's going to get harder and harder and we have to understand that every little mistake can be costly.”

Canada got caught defensively on the actions that led to the Uruguayan goals. This is perhaps precisely what differentiates the two teams.

“We have to remember that we have to be precise in their last third, we have to play properly defensively and not give too many chances to the opponent,” Miller noted.

“It's about quality, they don't need so many chances to score,” Eustaquio added.

A step to take

Canada will have to use the time remaining between now and the start of the World Cup in Qatar, at the end of November, to erase certain small defects .

“We have to push each other every day,” Miller insisted. The World Cup is fast approaching, but there is another gap to overcome and we must do everything we can to be ready for the next test in six or seven weeks. ”