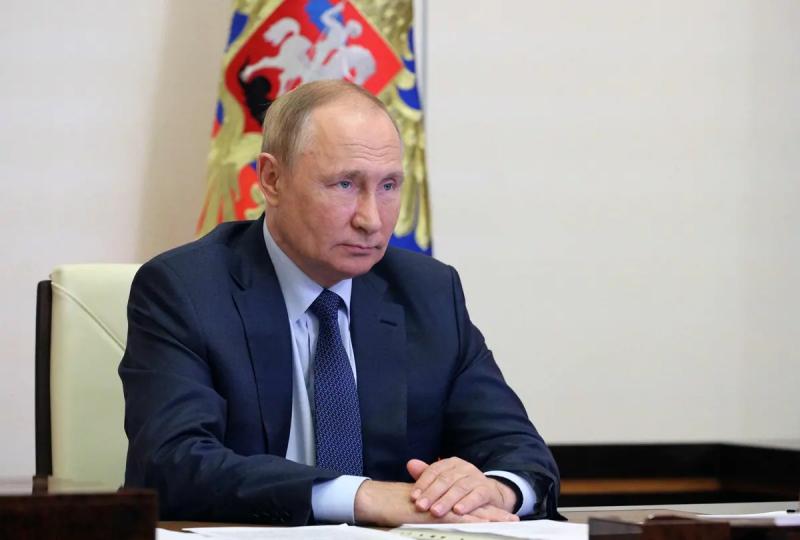 Russian President Vladimir Putin on Tuesday accused the United States of dragging out the Ukraine conflict and seeking to “destabilize” the world with a recent visit to Taiwan by Speaker of the U.S. House of Representatives Nancy Pelosi .

“The situation in Ukraine shows that the United States is trying to drag out this conflict. And they do the same by cultivating the possibility of conflict in Asia, in Africa, in Latin America,” Putin said in an address to the International Security Conference in Moscow.

“The American adventure with Taiwan is not just a trip of an irresponsible politician, but part of a conscious intentional strategy to destabilize and chaotic the situation in the region and in the world. “, he said.

This is a “brazen display of their lack of respect for the sovereignty of other countries and their international obligations”, continued Mr. Putin, castigating a ” carefully prepared provocation”.

Relations between the United States and Russia, which has been leading an offensive in Ukraine since February 24 and has repeatedly denounced American arms deliveries in recent months to the Ukrainian regime, are experiencing a period of unprecedented tension. /p>

Since late July, several strikes, which Moscow and kyiv accuse each other of, have targeted the Russian-controlled Zaporizhia nuclear power plant in southern Ukraine, raising fears of a nuclear catastrophe.

“From a military point of view, it is not necessary to resort to weapons nuclear weapons in Ukraine to achieve the objectives set” by Moscow, namely the demilitarization and denazification of this country, declared Mr. Shoigu at the International Conference on Security in Moscow.

“The objective mainstay of Russian nuclear weapons is deterrence of nuclear attack,” he said. relations with the countries of Africa and Asia, in particular with China.

Moscow had already qualified as “provocation” the visit at the beginning of August of Ms. Pelosi to Taiwan, which provoked the ire of the China, and held that Beijing had the right to take “necessary measures to protect its sovereignty”.