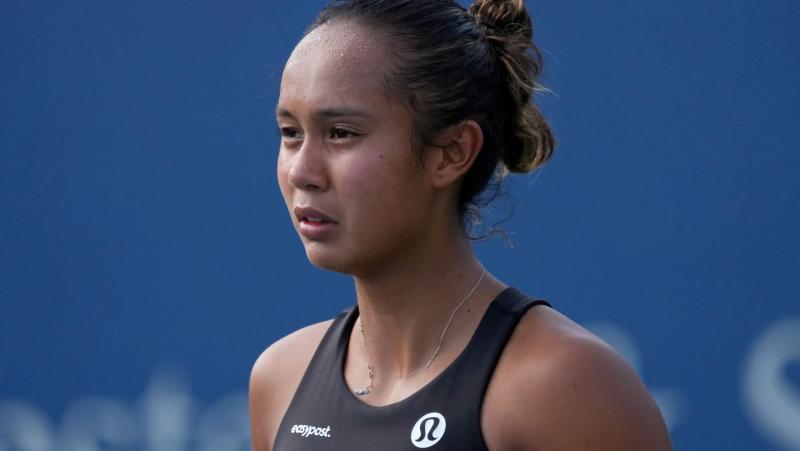 Leading 5-1 in the second set, Quebec's Leylah Fernandez lost her way and was defeated 6-4, 7-5 by Russia's Ekaterina Alexandrova in the first round of the Cincinnati tournament on Monday.

Worse still, with balls in hand and two set points, at 5-1 (40-15), the Maple Leaf representative was unable to force holding a final round.

The 13th seed of the Masters 1000 disputed in Ohio suffered six breakages in total, including four in the last set. The 27th player in the world raised her level of play when her back was against the wall and Fernandez was unable to follow the parade.

The Montreal native and 14th player on the world chess board concluded her confrontation with only a success rate of 61% when she put her first serve in play. She also committed eight double faults.

< p>It is also Groundhog Day for Fernandez, who has never made it past the first round in Cincinnati in three career appearances at this competition.

The member of the maple leaf thus missed a great opportunity to do so for the first time, she who was playing against an opponent who had not played a competitive match for two months.

The Russian had played her last duel in Berlin, in June, and her rust was particularly felt, she who committed 14 double faults, in addition to only putting into play 52% of her first services. It was, however, effective in such circumstances, winning 84% of trades.

In total, she gave Fernandez five break points and was able to save just one, but her opportunism in return allowed her to hit back against her rival.

For her second lap of the track, Alexandrova will face the winner of the duel between the Japanese Naomi Osaka and the Chinese Zhang Shuai. The two women will face off on Tuesday.

Shapovalov comes out of his torpor

Victim of a disastrous 2022 season, Denis Shapovalov was able to console himself a little in the evening, winning his first round duel against the Bulgarian Grigor Dimitrov in two sets of 7-6 (4) and 6-3.

The Canadian, who had lost nine of his last 10 duels, including the first round at the National Bank Open in Montreal, against Alex de Minaur, did not have it easy in his first game in Cincinnati , but it will certainly be a positive experience as the United States Open approaches.

The representative of the maple leaf, 21st racket in the world, had the only break of service of the match, in the sixth game of the second run. Not only was he the only one to score a break, but he was also rarely in trouble with the balls in hand against the 18th player in the world, saving each of the two break points he faced. /p>

“Shapo” was efficient on his serve, with 10 aces, in addition to winning 87% of rallies when he put his first ball in play.

In the next round, Shapovalov will be opposed to the winner of the duel between the Americans Tommy Paul (31st) and Jenson Brooksby (43rd), which will take place on Tuesday.